Abohar is an ancient city in the state of Punjab. It lies near the borders of Rajasthan and Haryana. It was known by the name of ‘Aabha Nagri’ many years back, and was a fabulous city. However, it is said that the Panj Peers (five saints of Multan) destroyed the famous city, the ruins of which can still be seen. Since it is an ancient region, visitors from all over come to see the various structures of historical significance that are located in the city. It is also a famous place of pilgrimage for all religions.

Places of Historical Significance in Abohar

We have discussed here the places which are of historical significance, religious place famous for pilgrimage, wildlife, parks and list of travel agents in Abohar: 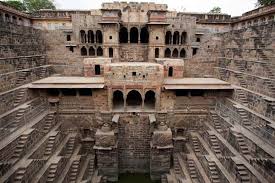 As visitors enter the city, they can see vast stretches of stones and sands known as ‘Theh’ by the local people. It is said that underneath the sand and stones lies buried the historical city build by the Suryavanshi king Aabu-Chandni.

The attention grabbing story of Aabu Nagri goes like this:

The Panj Peers then requested the princess several times to return the horses but she did not pay any heed to the requests. They then got very annoyed at this and destroyed the region using their divine powers. The remains of the famous city Abu Nagar can be seen till date.

Tombs of the Panj Peers

Here are some of the religious places in Abohar:

This Gurudwara is famous among the Sikhs as the first Guru of the Sikhs, Guru Nanak Dev Ji had taken rest near the pond named ‘Tohba’, which is situated near the Gurudwara. The Gurudwara constructed of white marble is a two-storied rectangular building

The pond is now famous among the devotees; its waters are known to cure many diseases. It is also said that wishes, which are asked with utmost faith here, gets accomplished.

The beautiful Gurudwara constructed in white marble in Haripura village is very famous among the Sikhs. It is said that the first Guru of Sikhs, Guru Nanak Dev Ji had come to the pond Bad Tirath near the Gurudwara to drink water. After this, the Gurudwara came to be known as Gurudwara Bad Tirath Sahib.

Some of the other places of pilgrimage are Sri Sai Mandir, Johri Mandir, Nav Durga Vaishno Mandir and Shiv Mandir

Established under 1972 Wildlife protection Act, this Sanctuary which is maintained by the Bishnoi community, is spread across 13 villages where the people of the community live.This Sanctuary is home to various rare wild lives including the famous Black Buck, Blue Bull and several others. Many varieties of flora and fauna can be seen by the visitors in this place.

The best time to visit the sanctuary is winter season as Abohar experiences extreme summers.The sanctuary is located 15km away from the city and can be reached by bus, taxis and auto rickshaws.

Parks and Gardens in Abohar

Here are the parks and gardens located in Abohar: 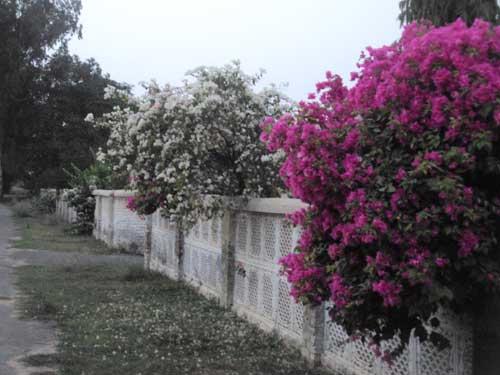 Situated in the heart of the city and on the Old Tehsil Road, Nehru Park offers a green place to the visitors to rest and relax. The park surrounded by huge green trees has a lovely green landscape. Spread across a land area of 3.04 hectares, the park is one of the biggest parks in Abohar. Patel Park is another such park; though small in nature, it can be visited by the visitors.

Abohar, known for its historical and religious significance has several travel agents that offer excellent services to help tourists organize their trip better. The various travel agents sell travel products and services to all kinds of travelers, whether traveling for business or pleasure. Tourists can check the different tour packages offered by the agents and pick the one that suits them the best. If you are visiting Abohar, you can consider booking your accommodation and car rental in advance to avoid last minute hassles.


The nearest tourist information center is in Bhathinda.

With its historical structures, ruins, religious places, wild life sanctuary and parks, Abohar provides a lot of variety to the visitors who are on a visit to the city. Tourists leave delighted and enriched after a tour of the region.