The city of Abohar is located on 30°10'N latitude and 74°10'E longitude. It is spread across 804.24 square kilometers of land and is positioned at an elevation of 590 ft above sea level. The city is located in the southwestern region of the state of Punjab. It is surrounded by the cities of Hanumangarh, Bhatinda, Malout, Sri Ganga Nagar and Sri Muktsar Sahib. It touches the boundaries of the states of Haryana, Punjab and Rajasthan. Abohar is also close to the international border of Pakistan. The Sutlej River flows through the city and enters Pakistan through the border. 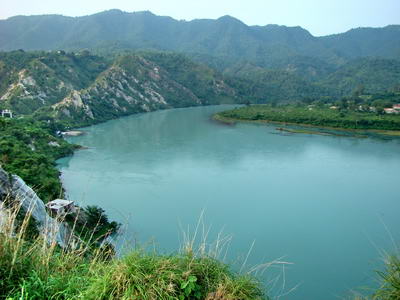 Abohar faces extremes in climate. The summer months are very hot while the winters are very cold. The city has a desert climate with little or no rainfall throughout the year. The average annual temperature measures 24.7°C and the average annual rainfall measures 284 mm. Maximum precipitation happens in July and the least precipitation happens in November measuring an average of 76 mm and 2 mm respectively. 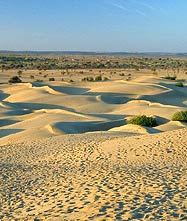 The soil in the city is mostly sandy. The topography is dotted with scattered sand dunes.  Sand hills and sand dunes are important geographic features found in this region. These features differ in their size, shape and location. While a long thin ridge of sand is called a sand dune, if the ridge is longer than the width, it is termed as a sand ridge.

There are some ridges that can extend very long, they are referred to as longitudinal dunes. There are also some dunes that are irregular or circular in shape. They are known as sand mounds. The sand dunes that are crescent shaped are known locally as barkhans. The only river that flows through the region is Sutlej, the waters of which are used for several purposes in the area.

Flora and Fauna in Abohar

Abohar wildlife sanctuary is situated around 15 km from the city. Spread across an area of 186.5 square kilometers, it covers thirteen villages inhabited by the Bishnoi community. The members of the community prevent the hunters from killing the animals. The sanctuary is situated on private land and not over public land, as is the case with other such sanctuaries.

The sanctuary has tropical dry mixed deciduous forest. It is best visited in the winter months from October to March as it is very hot during the summers and the monsoon months receive heavy rainfall.

Some other facts about Abohar