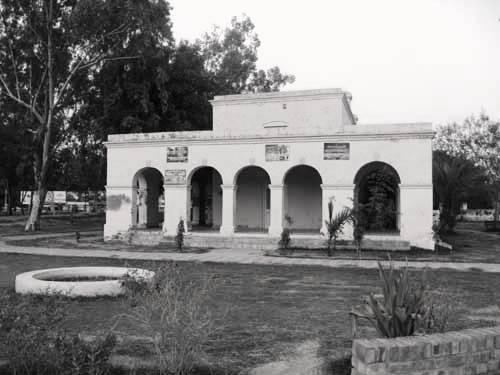 The ancient city of Abohar is very old and dates back to the 12th century. Known as 'Abhegarh' in the earlier times, it was 'Abheraj Bhatti' who founded this city. Later on, it was known as Abohar. The Bhattis are said to belong to the Jatu family. It is said that several centuries ago two persons called Sumija and Bhatti had come to Abohar from Mathura.

After a few generations, two sons were born in Bhatti's family. They were called Dusul and Jaisul. Jaisul went on to become the Raja of Jaisalmer. Dusul stayed on in his hometown and had one son whose name was Janra. It was Janra who is believed to have founded the town of Abohur. He named it after his wife Abho.

Abohar, then known as 'Aabu nagar', came under the reign of Aabu Chandni. His rule was followed by the rule of Raja Hari Chand. The latter once fell very ill and was told by his physicians that he would get well only if the blood of the horses that belonged to the famous saints - the Panj Peers - were rubbed on his body.

The king had a very brave daughter who immediately set out to get the horses. However, the king passed away before she could reach him. The Panj Peers than requested the king’s daughter to return the horses, which she refused. It is said that the Panj Peers got very annoyed at this and destroyed the city with their curse.

At the time of the British rule, the ancient city was more of ruins. It had a total population of just over 5000 people. Even today, these ruins are visible as one enters the city of Abohar. The mound of stones and sand is known as Theh in the local language. There are several old Gurudwaras and temples too that are located in the region. Many people come to visit these places of historical and religious significance.

At the time of independence, the city witnessed Hindu-Muslim war. After independence, it became a subdivision of the district of Fazilka. Abohar is now a well-developed city with a population of over 2 lakh people. It carries all the aspects of a modern city and offers several educational, entrepreneurial and several other facilities to the people of the region. It is run by several administrative bodies that are constantly making efforts to further develop the region.

Explore more about About Abohar