The ancient city of Abohar is situated in the district of Fazilka, which is close to the national boundaries of Rajasthan, Punjab and Haryana. People here hail from all the three different regions. Though they have diverse religious views, there is cultural and religious harmony in the city.Being mainly a place for the pilgrims, there are several Gurudwaras, Hindu Temples and shrines of Muslim saints dotting the region.

Religious and Historical Spots in Abohar

We have discussed the various religious spots in the city of Abohar. 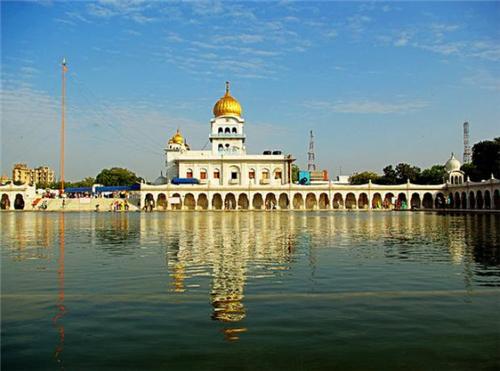 This Gurudwara is located on Fazilka Road and is very famous among the Sikhs. It is said that the first Guru of the Sikhs, Guru Nanak Dev Ji had taken rest near the pond known as ‘Tobha’, which is situated close to the Gurudwara. Many devotees including those who are sick and frail take a dip in the holy waters of the pond, as it is believed that it has the power to cure diseases.

The Gurudwara is a two-storied building and rectangular in shape. It is constructed in white marble with a dome on the top. Every day Kirtans and Sangat are recited here with lot of faith. It is also believed that all wishes get fulfilled here.

Apart from the above two Gurudwaras that are very popular among the Sikhs, one can also visit Gurudwara Singh Sabha in the city. 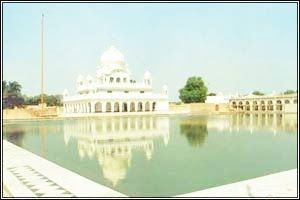 Situated in Haripura village, Gurudwara Bad Tirath Sahib is a very ancient and prominent place of worship in the area. The structure is constructed in white marble stone and has a two-storied building. It is rectangular with a dome on the top.

Devotees visiting the Gurudwara can take a holy dip in the ancient Sarovar of the village, which is situated near the building. It is said that Guru Nanak Ji had come to the pond - Bad Tirath to quench his thirst, after which the Gurudwara was named Gurudwara Bad Tirath Sahib.

The temple, also known as Usha Mata Mandir situated in Nai - Abadi Street of Abohar city, is famous among the Hindus. During the time of Navratri, the temple is lighted up and a lot of celebration takes places. Many devotees visit the temple during this time of the year.

The Panj Peer Shrine situated in Panj Peer Road on the northeastern region of Abohar city, is a dargah. It is dedicated to the five Peers (Muslim saints). The shrine is managed by a Hindu family. Though it is primarily a place for Muslim devotees, people of all religions visit the dargah to offer their prayers, and to get their wishes fulfilled. Every year during the months of July-August, a huge fair is organized here.

This Shrine has immense historical significance. It is said that centuries ago Raja Hari Chand reigned over the city of Abohar (then Abhegarh). During his tenure, the king became very ill. His physicians said that he will recover only if someone could get the blood of the horses of the Panj Peers (Five saints) of Multan, and rub it on his body. The king’s daughter bought the horses from the Panj Peers but the king died even before she could reach him.

The Panj Peers then asked the princess to give back the horses to which she disagreed. The former then became very angry and destroyed the region completely. Even now, the remains of the city exists.

This is a popular temple among the Hindus where the main deity is Lord Hanuman. It is a huge and ancient temple where one can view the idols of Lord Hanuman, Lord Krishna, Lord Shiva and Lord Rama. Many scriptures adorn the walls of the Temple. Many devotees can be seen visiting the Temple every Tuesday and on full moon days. 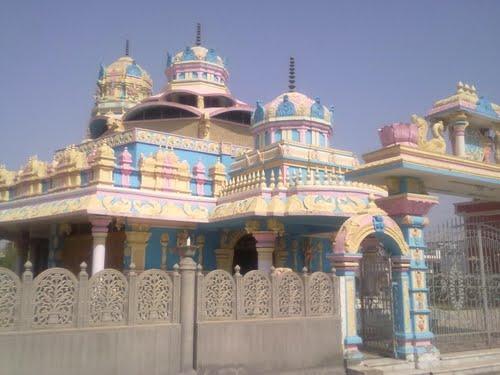 Some of the other religious places in Abohar, which devotees can visit apart from the above are Johri Mandir, Shiv Mandir and Sri Sai Mandir.